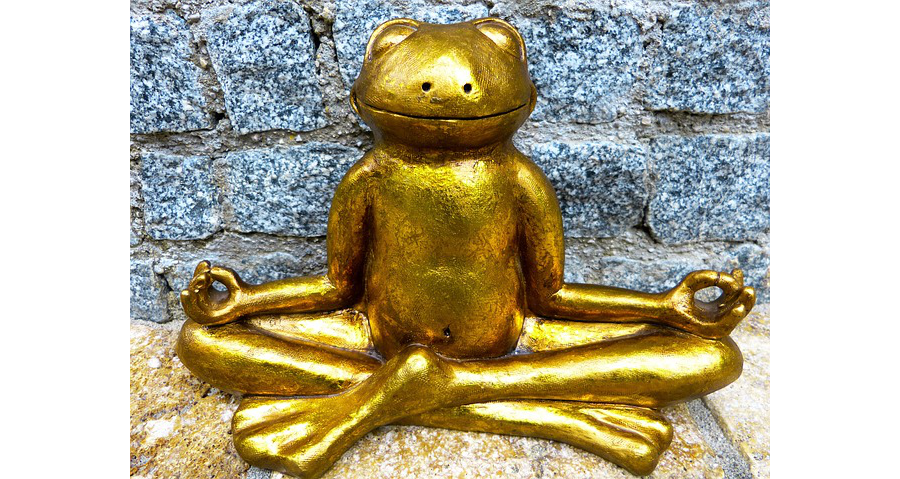 Joe is a guest writer for The Brain Domain, and is currently pursuing an MSc in Mindfulness-based Cognitive Therapies and Approaches, as well as an MA in 18th Century Literary Studies, at the University of Exeter.

‘Mindfulness’ is a word that has gathered momentum over the last decade. It has grown beyond associations of yoga and alternative therapies and moved into the realms of corporate culture, education, and mental health. Mindfulness has become such a prevalent aspect of our culture that there was even a Ladybird Books for Grown-Ups dedicated to it. When a phenomenon becomes this prominent and when it enters such fundamental spheres of our lives it is good to review its evidence base. What is Mindfulness meditation? How is it employed in a therapy context? What happens in the brain when we meditate? What evidence do we have that it is effective? This article attempts to answer these questions.

A Brief History of Mindfulness and Therapy

Firstly, what is Mindfulness? The term has an interesting history of development (Analayo, 2006, pp. 15-41) that is beyond the scope of this article, but a commonly accepted contemporary definition is: “moment-to-moment awareness” (Kabat-Zinn, 1990, p.2). Participants deliberately pay attention to thoughts, feelings, and sensations in the body, bringing their mind back to the task at hand when it wanders. This form of meditation is entrenched in many of the oldest religions and can be traced back to early canonical buddhist texts such as the Satipaṭṭhāna-sutta and the Mahāsatipatṭhāna Sutta. Contemporary Western understandings of Mindfulness meditation are a repackaging of the teachings of these texts in a secular context. They focus on the insights about the workings of the mind and the teachings on how to reduce the amount of distress that we cause ourselves.

A key example of such repackaging was Jon Kabat-Zinn’s Mindfulness Based Stress Reduction (MBSR) course originally developed at MIT in the 1970’s. This is an 8 week group course teaching participants how to engage with Mindfulness meditation and is open to all that feel (i) that they have too much stress in their lives, or (ii) that they are not relating to their stress healthily. In the 1990’s Mark Williams, John Teasdale and Zindel Segal combined Kabat-Zinn’s successful model with Beck’s Cognitive Behavior Therapy (CBT) to create a more specialised programme called Mindfulness-based Cognitive Therapy (MBCT). This programme is specifically designed to treat recurrent depression, and largely only open to those referred by their primary medical consultant. These two arms, the general MBSR and the specific MBCT, are the constituents of the Mindfulness-based interventions available on the NHS in the UK and through other providers around the world. They are widely used both as complementary and sole treatments for a variety of mental and physical health diagnoses including depression, generalised anxiety disorder, post-traumatic stress disorder, insomnia and eating disorders.

What evidence is there that Mindfulness is effective?

The effectiveness of Mindfulness-based interventions has been demonstrated through longitudinal studies, tracking the same people over time. An important early example found depressive participants in the MBCT programme to have half the amount of relapses one year after treatment compared to depressive participants that had treatment as usual (Teasdale et al, 2000). This finding was reinforced by the replication trial (Ma and Teasdale, 2004) concluding that there is ‘further evidence that MBCT is a cost-efficient and efficacious intervention to reduce relapse/recurrence in patients with recurrent major depressive disorder’ (ibid, p. 39). In these studies, the pool of participants in recovery from depression were randomly allocated into either the experimental or the control group. This was done by an external statistician and participants were matched for ‘age, gender, date of assessment, number of previous episodes of depression, and severity of last episode’ (ibid, p. 32). The results were important confirmation for the effectiveness of Mindfulness-based Interventions as therapy.

Whilst this was great news, it wasn’t until 2008 that Mindfulness-based interventions were compared to the gold standard for treatment of recurrent depression (Kuyken et al, 2008). This is maintenance antidepressive medication (m-ADM), requiring the participant to take antidepressive medication even when there are no indications of a relapse. Importantly, the 2008 study found that patients treated with MBCT were less likely to relapse than those treated with the gold standard after 15 months (47% compared to 60% of the m-ADM group). This was also replicated in a follow up study (Segle et al, 2010) where MBCT was compared against m-ADM and also against a placebo. Once participants were in remission they were given either MBCT, m-ADM or discontinued their active medication and given a placebo. Participants for all groups were randomly distributed by an external statistician, ensuring a close control on factors not being investigated. The MBCT and m-ADM group here showed the same levels of prevention from recurrence (73%), both much higher than the placebo group. Over a short term (15 months) Mindfulness-based interventions were thus shown to be better than m-ADM, and equally effective over an even longer period. In addition, it is arguably cheaper to administer Mindfulness-based interventions than m-ADM, there are no issues with drug tolerance, and unlike many antidepressants Mindfulness meditation can be utilised whilst pregnant or breastfeeding.

How does Mindfulness work?

When the brain is not responding to any particular task and is ‘at rest’, areas collectively known as the Default Mode Network (DMN) are activated (Berger, 1929), (Ingvar, 1974), (Andreasen et al, 1995).  This was found to be closely associated with mind wandering (Mason et al, 2007). It was also found it to be consistent with “internally focused tasks including autobiographical memory retrieval, envisioning the future, and conceiving the perspectives of others ” (Bruckner, 2008, p. 1). When our mind is wandering and not focused on a task we are normally either lost in personal memories or running through a scenario in our head, predicting, anticipating or worrying.

More frequent and more automatic activation of this network is associated with depressed individuals (Greicius et al, 2007); (Zhang et al, 2010) (Berman et al, 2011). Regularly wallowing in old memories or worrying about the future are perfect foundations for conditions that may lead to depression. These two functions, conducive to ‘living on autopilot’’, are the exact opposite to the definition of Mindfulness meditation given above: “moment-to-moment awareness.” Indeed, studies have shown that activation of the DMN can be regulated by Mindfulness meditation (Hasenkamp et al, 2012). Participants were observed meditating, and whenever they noticed their mind wandering they had to press a button. Immediately before this action the participants were unconsciously mind wandering. When the participants noticed that their mind had wandered, (indicated by the button press) the researchers regularly observed a deactivation of the DMN. The act of practising mindfulness-meditation was here regularly associated with a deactivation of the DMN.  A correlation between self-reported meditation experience and lower levels of DMN activation was also observed (Way et al, 2010).

Of course, the brain is never ‘doing nothing’ and a counter-network was regularly activated when participants weren’t mind-wandering: when they were paying attention to a task. This network in part consists of the anterior cingulate cortex (ACC), which is known to be instrumental in task monitoring (Carter et al, 1998). Activation of the ACC is closely associated with ‘executive control’ (Van Veen & Carter, 2002, p. 593) which detects incompatibilities or conflicts between a predicted outcome, and the observed reality. In this way the ACC functions as error-reporting or quality management. The ACC does not attempt to remedy the situation, but instead highlights it to other areas of the brain. This all happens before the subject is cognitively aware that there is a conflict.

Mindfulness meditation has been around for 3500 years. It has been utilised in the West for nearly 40 years. We have had good evidence that it works for nearly 20 years but we are only just starting to explore how it works. The recent findings above help outline the process of change that the brain goes through whilst a regular Mindfulness-meditation practise is established, but they are by no means the full picture. We are also investigating how Mindfulness meditation facilitates people to more regularly respond instead of instinctively react. We are investigating how Mindfulness meditation enables decentering, and how it reduces the connectivity to the emotional areas of the brain. Research into the nuts and bolts of Mindfulness has never been so intense, and exciting results just like those depicted in this article are sure to arise soon.

Joe teaches a 10 week course devised by the Mindfulness in Schools Project (see details here). He teaches all levels and abilities, from College to University, and finds that it has had an overwhelmingly positive impact on level of well-being, achievement, and attendance of his students. If this is something that interests you, he can be contacted at joseph.c.holloway@gmail.com is now taking bookings for autumn term 2017, and for 2018.