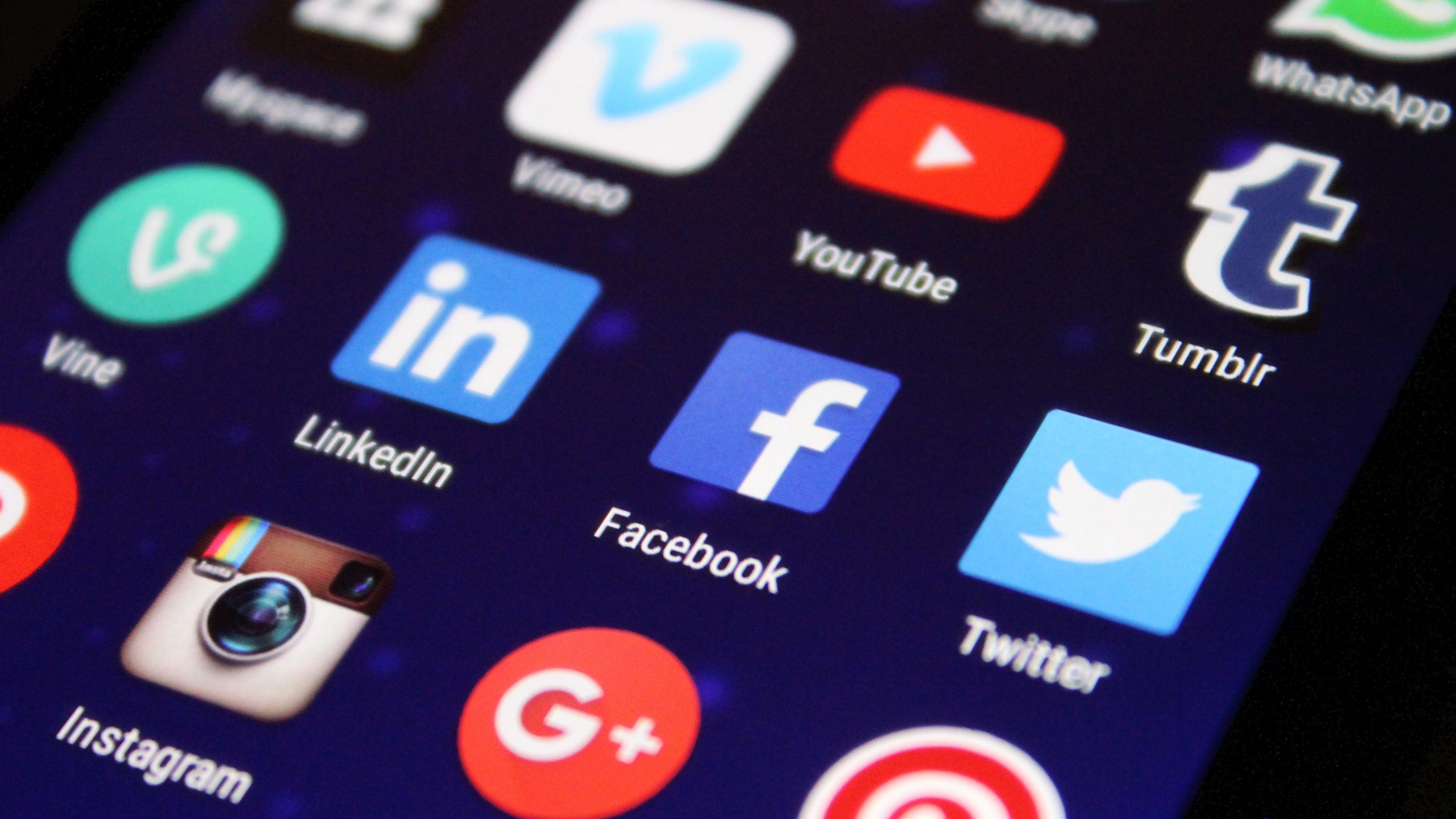 The concept of social media is simple – create an account which allows you to share and connect with friends, family and colleagues across the globe. Many modern-day relationships would cease to exist if it weren’t for the advent of social media, with around 74% of adults connecting on a daily (if not hourly) basis (Meshi, Tamir & Heekeren, 2015). Social media allows us to feel connected, less lonely and can even lead us to feel happier (Mauri et al., 2011).

According to a recent study, the number of friends or followers we acquire on social media also influences the size of different structures related to emotional regulation, and both online and offline social network size, such as the amygdala (Kanai, Bahrami, Roylance & Rees, 2011). This could mean that interaction on social media is linked to our social perception – meaning that if we are more social online, we may also be more socially aware offline.

However, with the power to connect and reach thousands, if not millions, of people also comes a darker side to social media. Numerous instances of online bullying, fake news, and negative impacts on mental health have been reported in recent years. Despite this, we continue to use these platforms – so what is it about these sites that make them so hard to resist?

Social media provides our brains with positive reinforcement in the form of social approval, which can trigger the same kind of neural reaction as your brain would experience through behaviour such as smoking or gambling. This pathway – the dopamine reward pathway – is associated with behaviours which give us a good feeling, such as food or exercise, leaving us looking for the positive reinforcement or reward. So, in the same way that eating chocolate may release dopamine and lead you to seek more of it, so does social media. Neuroscientists have reported that social media related ‘addictions’ share similar neural activity to substance and gambling addictions (Turel et al., 2014). However, those individuals who used social media sites heavily also showed differences in their brain’s inhibitory control system, which could result in lower focus and attentional abilities (Turel et al., 2014).

Cognitive neuroscientists have also shown that the rewarding behaviour we engage in online, such as sharing images or receiving likes, stimulate behaviour in an area of the brain called the ventral striatum, which is responsible for reward behaviour. However, activity in this area in response to positive social media feedback may be related to the processing of gains in our own reputation (Meshi, Morawetz & Heekeren, 2013). This could mean that we use social media as less of a means to communicate and share with one another, but more to gain social reputation in an attempt to boost our egos.

With around 5% of adolescents considered to have significant levels of addiction-like symptoms (Banyai et al., 2017), it is clear that social media use may be detrimental to our well-being, as well as beneficial for us socially. Moving forward, users can only be mindful of how powerful connecting with contacts can be, as there is a dark addictive side to the likes and shares we interact with every day.

How much of a human do you need to replace to create a cyborg? How far can you go before a cyborg becomes a biological computer?  Does Inspector Gadget from the 1983 TV series still retain the autonomy, dignity, and essential rights he had before becoming a cyborg?

Some of the common characteristics that define science fiction cyborg include mechanical limbs, enhanced senses, and computer interfaces linked directly to the consciousness. At the present, we are getting better at making robotic limbs to replace lost arms and legs, but what if we could distribute an electrical system throughout the brain and make that SciFi step? This paper suggests a graphene based neural interface might get us closer to electronic neural prostheses. Graphene, which has very interesting properties we will not go into here, but which make it a material with promise for building neuro-interfaces.

Neuro-interfaces are systems that allow us to send signals (usually electrical) to neurons or brain tissue. Think of it as a very basic computer output into a cyborg brain, allowing an external computer to control programs. If we send signals to neurons to fire or to repress firing, we can hijack the basic “what fires together, wires together” mechanism of synaptic pruning. Consequently, an extended neuro-interface could tell brain regions when to be active or silent, and even coordinate multiple regions.

But how would we distribute such an electrical system throughout the brain? While the particular graphene-based interface described in the paper had the advantage of being a good substance for the neurons to grow on without change to their physiological properties, it would be difficult to distribute the interface to every neuron in a fully developed brain. The interface investigated is a structure on which the neurons adhere as they grow, and is less compatible with integration into an already existing structure.

However, this doesn’t preclude its use in developed brains for cyborg prosthesis and enhancement! The paper pointed out the use of such an interface for brain-damage repair and sensory restoration therapies. Targeted use of such an interface to a small brain region may be much more feasible. Imagine injecting a graphene interface onto a damaged or even epileptic area, and using that interface to direct neural activity. One might even grow brain repair tissue on a graphene structure for coordination of synaptic connections. This could allow clinicians to grow patient-specific brain tissue in a dish with a useful, pre-loaded synaptic structure. (Of course, we’re not sure how we’d know what synaptic connections or structure we might need yet. This is where we venture further into SciFi).

For the near future, implanting this programmed tissue could immediately restore some brain functions (more sensory perceptions and motor skills than personality). The graphene interface might even be programmed to assist synaptic plasticity and repair mechanisms to encourage innervation and long-term recovery. The bumbling Inspector could probably have benefited from some brain repair and cognitive enhancements…

But that’s just a small section of the brain. And it’s mostly cortical surface repair–near the outer edges of the brain.

If we wanted a brain for which every neuron was connected to a graphene interface, for a really complex cyborg, we’d probably have to grow it from scratch.

The programmable nature of an electronic system might mean we could program how that brain developed, and what synaptic connections it kept, through the hijacking of the “what fires together, wires together” rule I mentioned earlier. This graphene interface seems to be equipped to stimulate firing or potentially depress firing, rather than directly stimulate the outgrowth of new neuronal processes for further dendritic and axonal connections. Thus, complementing a binary “fire/depress” control with normal developmental pathways, we might eventually grow and program a brain with total specification (again, total SciFi here) …

But is the brain we’ve grown a biological computer at this point? Or does some element of human autonomy, dignity, and independence still exist? The answer would likely depend on how good we were at programming a developing brain, and what we chose to specify or leave to environmental or genetic influence without direct choice on the clinician’s part.

What happens if someone hacks into this grown and programmed brain? Are they hacking a biological computer or a human being?

Regardless of how far into the realm of science fiction we Go-Go-Gadget, the potentials of graphene for building neuro-interfaces is exciting, and further blurs the line between brain and computer, human and electronic prosthesis. We should use this to its full advantage for brain repair and therapy, but we should also consider how much we wish to exert direct control over how our brains, or new brains we bring into being, work. At what point are we human, cyborg, or biological machine, and should we assign value to such distinctions at all?